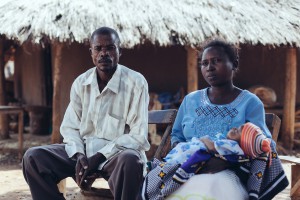 Matilda and Richard met waiting in line to receive ARVs. Thanks to STAR-EC support, their local health center is accredited to supply the lifesaving treatment.

Matilda and Richard met while they were waiting in line for antiretroviral (ARV) drugs at a health clinic in Nayamingo, Uganda. Although such a place is not usually associated with romance, by virtue of where they met, the pair had already established what many never do: they knew their own and each other’s HIV status. When they learned that they shared single status as well, they bonded over their struggle with and gradual acceptance of living with HIV, and became a couple.

Richard, a fisherman, was living in the Sigulu Islands. When he got sick, his parents convinced him to come home to the main land so he could get medical care. Richard, who had become so weak that he could no longer fish, heeded his parent’s advice. Upon returning home, Richard visited a health center supported by the USAID-funded STAR-EC project, where health workers were trained in HIV testing and counseling. When Richard tested positive, a STAR-EC-trained health worker reassured him that he could survive and live a healthy life as long as he started and stayed on HIV treatment, and registered Richard on a 1-pill-per-day regimen. Within a few months of faithfully taking his medication, Richard began to feel like himself again.

Meeting and falling in love with Matilda was another positive side-effect of the treatment. “I never expected anything good to come of knowing my status, much less having HIV. But it led to me meeting and having two healthy children with Matilda,” said Richard.

Despite the fact that Richard and Matilda were in treatment, their first child was born with HIV because Matilda was not yet fully adherent to her medication regime. She is now, however, and the child is, too. Both are healthy. By the time their second child was born, Matilda was taking her medications regularly and the baby was HIV-negative. 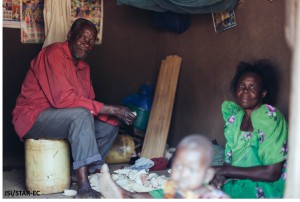 Family involvement can be a key factor in treatment adherence. Richard’s parents support their son and daughter-in-law in their treatment by checking in on them and reminding them to take their medication every day.

The health and well-being of Richard and Matilda’s family relies on their access to the medication that manages HIV and keeps them from getting sick. The health center where the family retrieves its medication is consistently stocked with ARVs, thanks to the support of the STAR-EC project, which has built the capacity of health centers to deliver ARVs throughout the region. In five years of project implementation, STAR-EC increased the number of health centers that are accredited to distribute ARVs from 43 to 95.

“The health center has never turned us away because they lacked medication,” explained Matilda. “We go there every month and each time come away with our pills.”

Richard’s parents did not turn on their son—or his new wife—because of their status. They are proud grandparents who remind their son and his family of their medical appointments and to take their medication every day.

As Matilda said, “Richard’s parents help us take care of ourselves, each other, and our children. Together we live with HIV.”